Take 12 photos on the 12th of the month showing your day. A day at home again. Last week was my action week with family and car dramas. This week I am back home from interstate, my son is out of hospital, the car is fixed and it is an ordinary day here on Hindmarsh Island. The day was clear and sunny for majority of it but a storm came in late afternoon but most of it passed us by with only some light rain, though we did have a power failure. 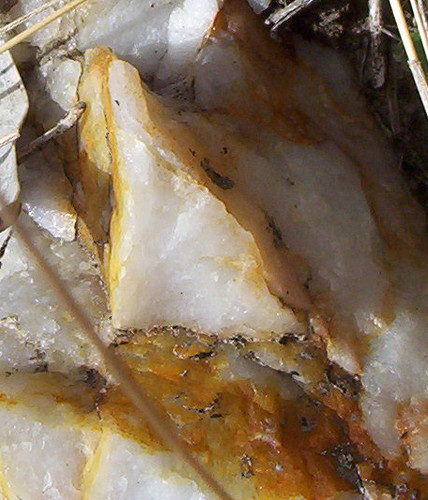 I love the different textures in this quartz rock. It almost looks like ice.

We are not professional photographers . . . although some are. We are bloggers who are having fun with different themes and sharing our photography.

In November 2011 I did my first trip to Europe, specifically Berlin and Bielefeld in Germany and Goes, in The Netherlands. I was going to a Postcrossing postcard meeting and meet other Postcrossers. I was away for 3 weeks and had an amazing time. I took over 600 photos and as I look at the pictures the task of sorting and telling a bit about my trip just seems so daunting that I put it aside ‘for another day’.

Time marches on and it is now 2 months since I went and other than a couple of food item pictures on facebook uploaded while I was away the story of my trip hasn’t gotten any closer. I was talking on the phone with a good friend Debashis about my dilemma and he suggested just do one day at a time. So this is the start, you may get more than one day or several.

I left Adelaide, Australia on a Tuesday afternoon and flew to Singapore, changed planes and then onto Frankfurt, Germany. 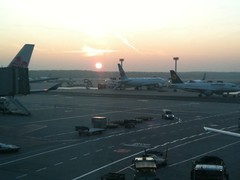 I watched the sunrise at Frankfurt airport while I was waiting for my next flight to Berlin.

I was met at Berlin airport by Paulo. I was staying with Paulo and Ana in Berlin for the next 8 days.

Berlin has the most fantastic public transport system, I never realised how poorly Australia does in moving people around it’s cities.. We bought a weekly ticket for me and then went into the subway to go back to their flat. 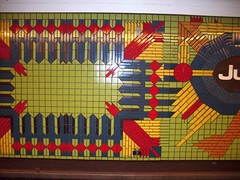 A lot of the stations have bright beautiful artwork and mosaics on the walls.

I was happy to be in Berlin after a 21 hour flight. My 3 week adventure was just beginning. Only downside of the day was I tripped on the cobbled footpath and fell heavily. Both my knees went numb. My fault, it was dusk (at 4 pm in the afternoon), I was tired and mostly I was too busy talking and chatting to Ana and Paulo. 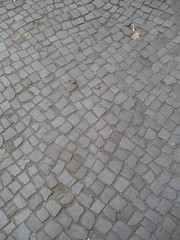 This was going to have reprecusions in the days and weeks ahead.