12th of April was a Thursday and I went to Adelaide to visit my newest grand-son. He is growing up so fast! This week he was sitting and has started to explore solid foods. The day was mild and we sat outside for a while. 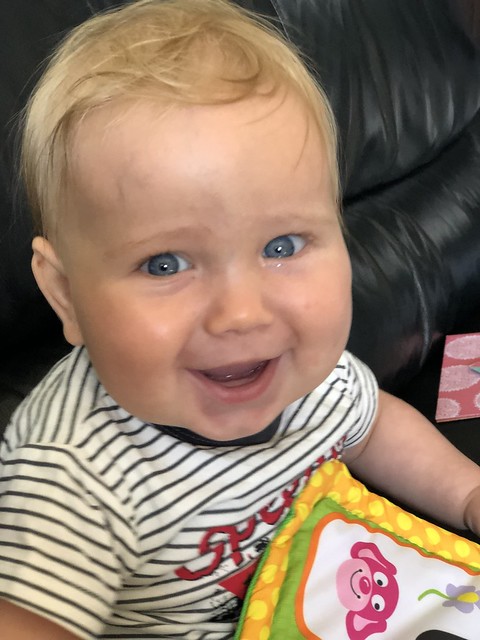 I participated in a Flash Mob event with my grand-children. We casually were at a well-known fountain in the city of Adelaide and when the clock struck 10 we all mysteriously ‘appeared’ and started to make origami boats that we floated in the fountain waters. At the end of the 15 minutes we all just melted back into the crowd and went on our way (well not quite, we did all meet around the corner and have a coffee together). There were around 50 of us who ‘appeared’ and made many origami boats. 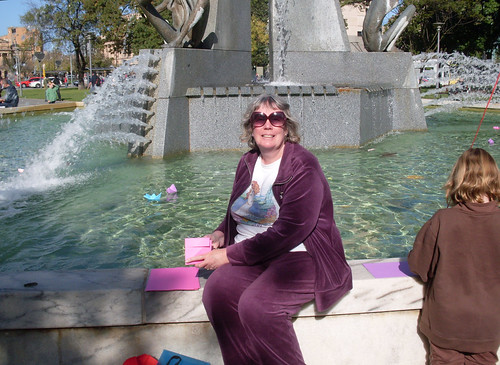 You can see a few boats in the fountain waters behind me. The girl whose back is towards the camera is my grand-daughter Samara.
Please leave a flash comment and your link

We are not professional photographers . . . although some are. We are bloggers who are having fun with different themes and sharing our photography. You can see more PhotoHunt entries at Whistlestop PhotoHunt and on Facebook

One of my hobbies is exchanging postcards through postcrossing. I have been a member for 5+ years and around the world many members get together for a meeting. There had never been a postcrossing meeting before in Adelaide (my state's capital city and 100km away from where I live) but a few interstate postcrossers were visiting and a meeting was organised. 10 people showed up, 8 were postcrossers and 2 were non-postcrossers. 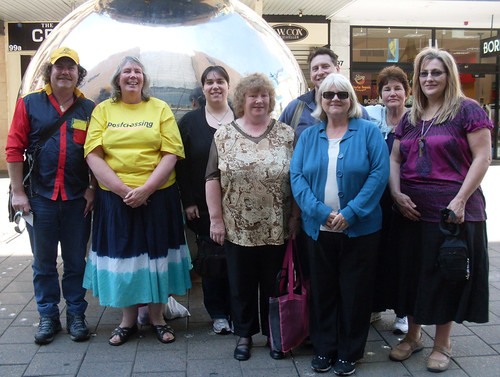 We had lunch in the city and signed 197 postcards to send to other postcrossing friends around the world. 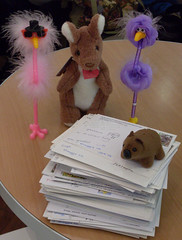 We bought postcards at the tourist shops and then headed down to Glenelg to buy more postcards.

Some of the group went on the tram after a short tour of Adelaide. Glenelg was packed with visitors, the weather was perfect and sunny.

I spotted a Nando's restaurant and couldn't resist having my photo taken in front of this little bit of Portugal.

Paulo and Ana the owners of Postcrossing are Portuguese. 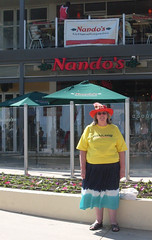 and the group had the obligatory picture taken in front of the monument. 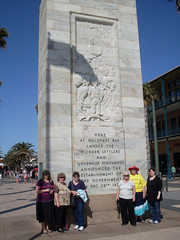 I had a great time and loved meeting up with the other postcrossers who were just faceless friends before.